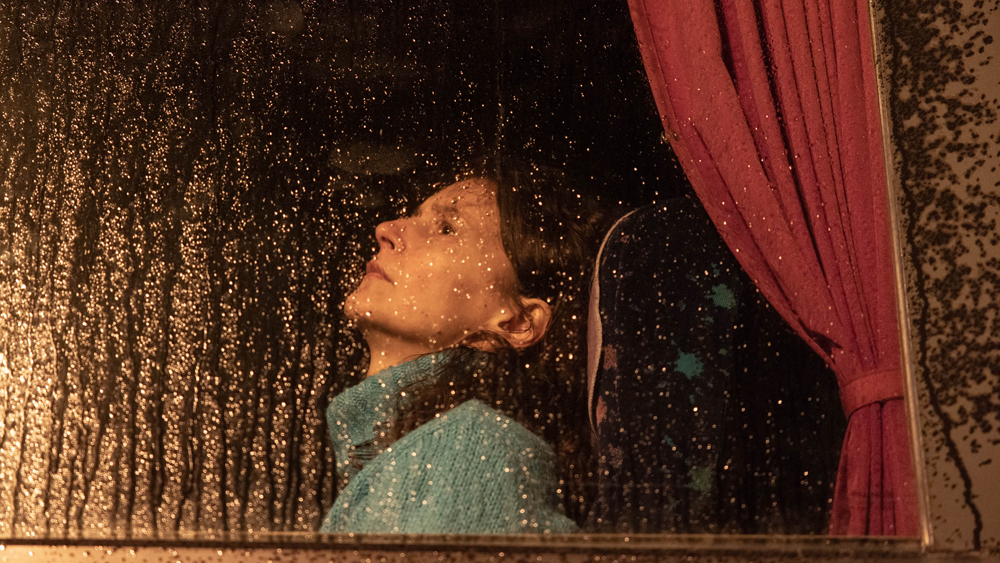 ‘An Owl, a Garden and the Writer’, ‘Victim’ Win in Karlovy Vary

Karlovy Vary industry chief Hugo Rosak said Eastern Promises’ decision to allow fiction and non-fiction films to compete alongside each other – a new approach parallel to the category of the festival’s newly reformatted main competition – is based on the principle that “the two categories, despite their differences, have the same artistic merit.

Jurors from a multitude of organizations in the film and development industry have awarded the Works in Progress post-production development prize, which funds the services of the UPP Prague post house and Soundsquare studio to the French film -iranian “An owl, a garden and the writer”, directed by Sara Dolatabadi, and produced by Dolatabadi, Amir Naderi and Farhad Mohammadi.

The film focuses on the “poetic revelation of one of Iran’s most prominent writers,” Mahmoud Dowlatabadi, as his daughter records her imaginary world, “blurring the lines of perceived reality for the public,” while exploring the secret garden of his life as a novelist and lonely routine.

The Works in Progress TRT Prize was awarded to the Slovak-Czech-German film “Victim”, directed by Michal Blasko, and produced by Jakub Viktorin, and Pavla Janouskova Kubeckova, with 5,000 euros from TRT Cinema awarded to the project.

The film’s story of Judgment After a Bait Race in a small Czech town has been praised for its careful approach to a mother-son relationship “in a strong social context” with the “artistic quality of the scenes and long and daring shots “.

The Works in Progress Karlovy Vary IFF Prize and the 5,000 Euro Prize went to the Georgian-German film “Tina & Megi”, directed by Ioseb “Soso” Bliadze, and produced by Eva Blondiau, The Story of a Woman in Tbilisi facing sexist repression, titled by the jury a timely play by “a new and fresh voice showing and encouraging the struggle of young women who” learn to fly “despite a society that leaves them neither the time nor the freedom to develop their own choices in life.

The Works in Development – Feature Launch Award, co-sponsored by the Karlovy Vary Festival and the Midpoint Script and Project Development Program, and the When East Meets West and Trieste Film Festival co-production market, was awarded to Czech film “Head Nurse” by Jan Vejnar, produced by Kamila Dohnalova. The chronicle of the dominant role of healthcare professional Hana in a regional hospital won the honor and a prize of 10,000 euros for further development.

The Connecting Cottbus Award went to “The Bomber,” a Latvian work directed by Pauls Kesteris and written by Gatis Murnieks, which tells the story of a woman’s revelation of her father’s role in a disastrous act of rebellion.

Aleksandra Aleksander, producer of the Israeli-Russian-Polish film “Aliya”, won the Rotterdam Lab Award and access to a training program during the IFFR Pro Days 2022, aimed at helping emerging professionals for her “multifaceted experience in the ‘industry’.

The First Cut + program, launched in 2020 to boost the competitiveness and commercialization of feature films that participated in the First Cut Lab, awarded two films: “The Hatcher” from Poland, an unconventional prisoner story directed by Grzegorz Mołda and produced by Izabela Igel, won the First Cut + award and the Sub-Ti award with subtitling services. “A Piece of Sky”, a stimulating love story between Switzerland and Germany by Michael Koch, produced by Christof Neracher, won the TRT Prize and 5,000 euros.

Paintings by famous writer DH Lawrence on display in Scottsdale