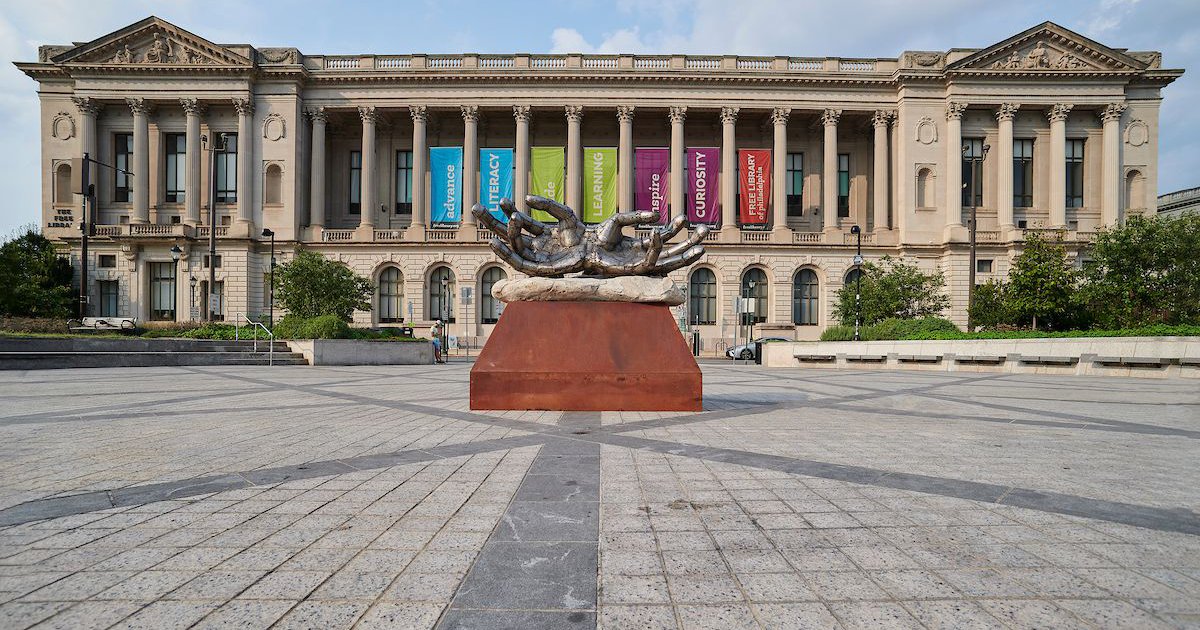 The traveling monumental tour landed in Philadelphia this week, bringing art that honors African-American history to the city’s iconic landmarks.

Sculptures by Arthur Jafa, Coby Kennedy, Christopher Myers and Hank Willis Thomas will be on display until January 31 at four locations near the Benjamin Franklin Parkway and the Delaware River waterfront.

The sculptures explore various aspects of the African-American experience, “from the first slaves brought in the 16th century to today’s prison pipeline, and the liberation struggle between the two,” according to a press release.

Philadelphia is the sixth stop on the nationwide tour, but it is the first time that all four sculptures have been on display at the same time.

Michael Spain, Director of Education at the Center for Architecture and Design, will lead a audio walking tour of all the sculptures presented.

Here is an overview of the sculptures presented: 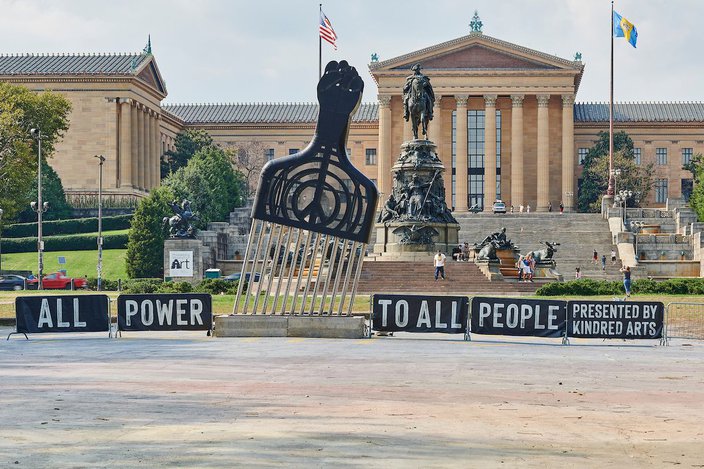 ‘All Power to All People’ by Hank Willis Thomas is located on Eakins Oval, near the Philadelphia Museum of Art.

“All power to all people”

Hank Willis Thomas’ sculpture, “All Power to All People,” is a 28 foot tall afro pick with the Black Power salute emerging from the grip. Its title refers to the slogan of the Black Panther Party.

Thomas, a concept artist, said the piece is a symbol of community, strength, perseverance, camaraderie and belonging. His works have been exhibited across the country and abroad.

The sculpture is on display at Eakins Oval, 2451 Benjamin Franklin Parkway. 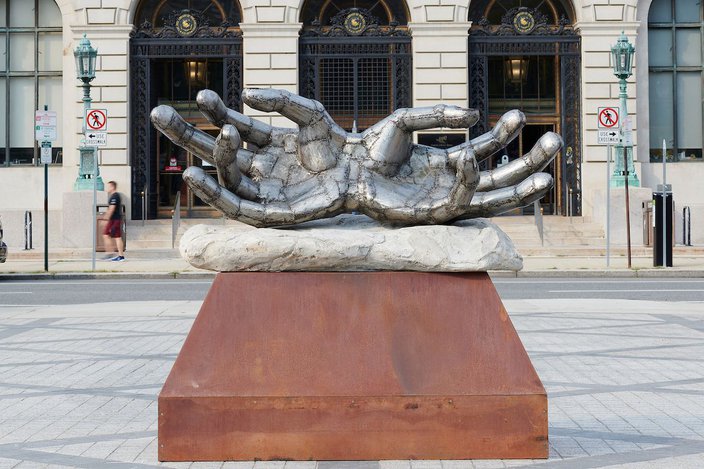 Christopher Myers’ Caliban’s Hands is a reference to Shakespeare’s “The Tempest”, which involved themes of colonization and servitude.

“The hands of Caliban”

Christopher Myers’ Caliban’s Hands is a sculpture of two silver hands attached to the wrist, sitting on a stone slab atop a wooden box.

Myers said his sculpture is symbolic of indigenous cultures suppressed by colonization. Its name refers to a character in Shakespeare’s “The Tempest”, widely regarded as a story about European colonization. The character of Caliban is often cited in modern discussions of colonization.

Myers is an artist, writer and illustrator of young adult literature based in New York City.

The sculpture is located at Shakespeare Park on the Ben Franklin Parkway. 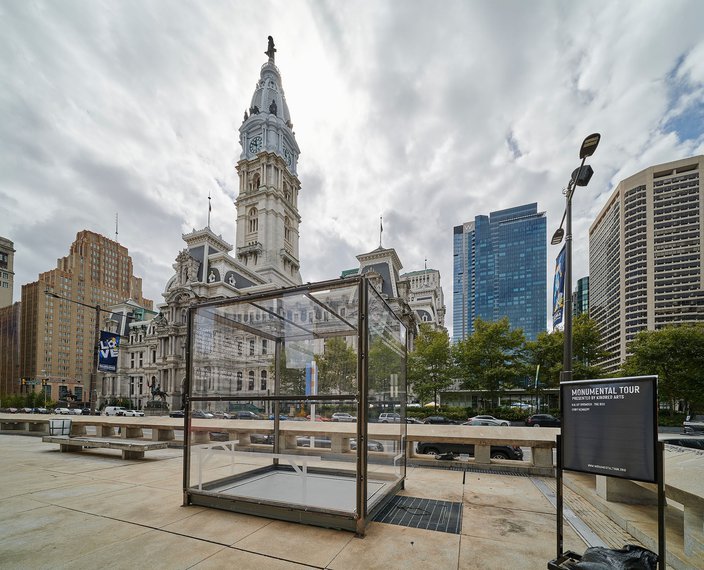 Coby Kennedy’s ‘Kalief Browder the Box’ is a protest artwork that criticizes the American incarceration system.

Coby Kennedy’s sculpture, “Kalief Browder the Box”, is a steel and glass sculpture that reproduces the dimensions of a solitary confinement cell. The exterior features text and graphics that criticize the American prison system.

The sculpture is on display at Thomas Paine Plaza, 1401 John F. Kennedy Blvd. 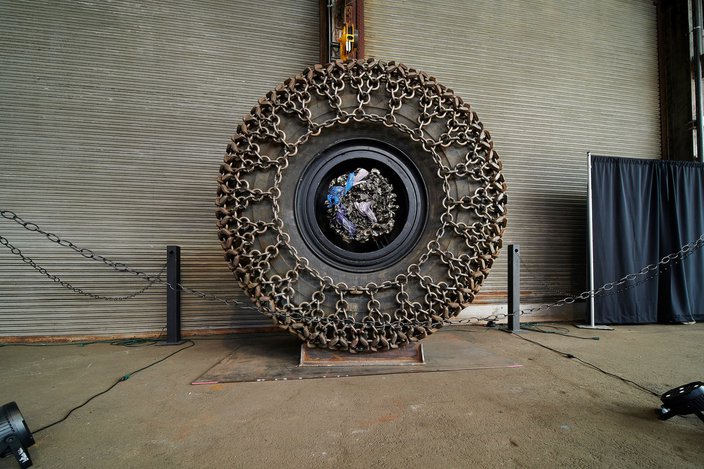 Arthur Jafa’s “Big Wheel IV” is an installation of four tires the size of a monstrous truck laced with an iron chain link. The seven-foot tires are a reference to the deindustrialization and the transition to the service economy that dashed black ambitions.

Jafa is a filmmaker, director of photography and co-founder of the TNEG film studio. He was born in Mississippi and currently lives in Los Angeles.

The sculpture can be found at Cherry Street Pier, 121 N. Columbus Blvd.