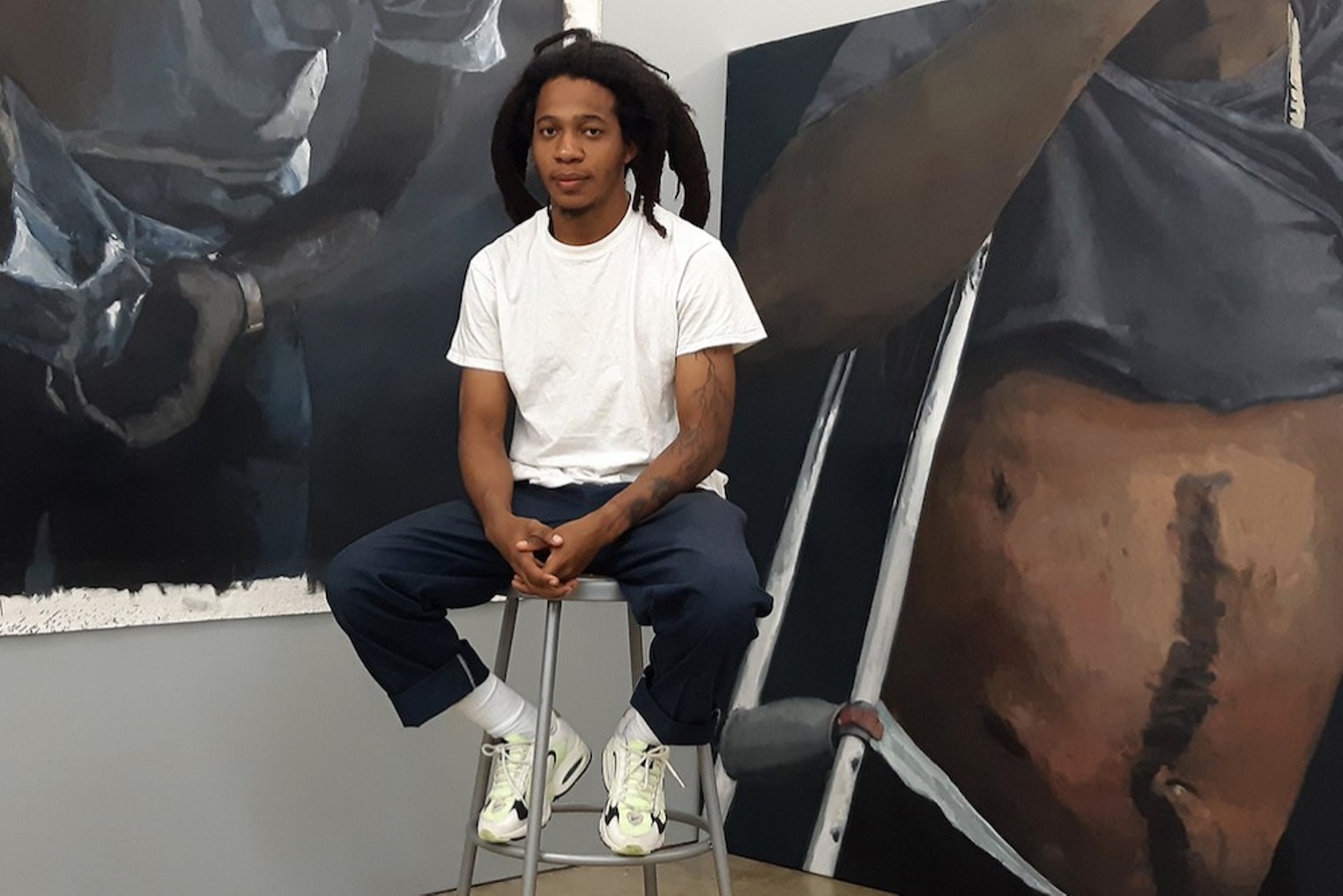 Hidden among lush greenery is a small iron gate on the corner of NW Seventh Avenue and 29th Terrace in Allapattah. Enter under the lion’s head and you find yourself inside Spinello Projects. Go up a flight of stairs and in the hallway to the left is the space occupied by Reginald O’Neal.

O’Neal looks up from his computer, where he searches for an old photo of his mother that he wants to paint. The artist is surrounded by squeezed tubes of paint and color-smeared palettes. He’s getting ready for his next solo show, “They Dreamed of Us”, which will debut in Spinello next month.

On his neat desk is a large book on the works of Vincent Van Gogh. O’Neal is dressed in shades of green, her iconic dreadlocks tied away from her face.

The 29-year-old’s foray into the art world began with spray paint and murals. Through mutual friends, he met the artist Alejandro Hugo Dorda Mevs, nicknamed Axel Void. O’Neal thanks Dorda Mevs for teaching him the control behind the use of a brush and the power of oils on canvas.

Although his demeanor is calm and modest, behind each smile he lets out a piece of clue that is part of a larger mystery that only those close to him can ever solve. Talking to New times, he plays with a mechanical pencil while looking at his shoes.

“I didn’t know you could express yourself through painting.”

“When I started learning painting and following movements with my mentor, Axel Void, I didn’t know that you could express yourself through painting,” he says.

Before painting, the artist expressed himself through music, poetry and photography.

“Before painting, I took pictures.”

O’Neal is best known for his still lifes. He remembers spending afternoons flipping through old family photo albums as a child. Now, as an adult, he scans his hard drive for pictures and connections to the past. He’s inspired by what he sees around him – views of his old Overtown neighborhood, old photos of family, his friends.

He painted works featuring his mother, father, brother, sister and various objects belonging to his grandmother. When asked if there was a painting of him that had special meaning, he replied that all of his paintings were special. Yet the one he drew from his grandmother’s glasses, Minnie’s glasses, is one of his most popular works. 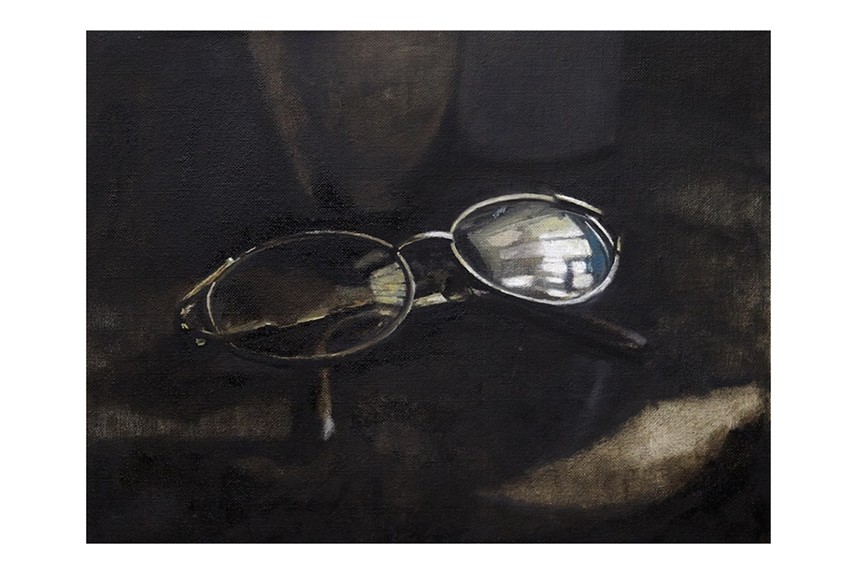 His artistic style resembles that of the Spanish impressionist painter Joaquin Sorolla, whom the Miami artist greatly admires. His upbringing, however, is more like that of the late artist Purvis Young. Like Young, O’Neal draws inspiration from his childhood neighborhood. It gives the audience a unique glimpse into an often overlooked area.

“Overtown is a beautiful world that not many people know about,” said O’Neal, rocking gently in his chair. “Alone [residents] know that and how impactful it is, but I don’t think a lot of people know. ”

From a distance, O’Neal’s paintings can appear blurry, like an image reflected in a puddle on a windy day. But the closer you get to it, it’s hard to look away. There is so much emotion behind every brushstroke. Feelings may very well start to stir within you.

Hang on the wall behind O’Neals a large unframed canvas of a golden trumpet tree. The brush strokes are full of movement, giving the sensation that the yellow flowers are swaying in the summer breeze.

The artist skillfully takes old photographs imbued with rich memories unique to a privileged few – the artist and his subject – and transforms them into works containing multiple layers of meaning.

“My goal as an artist is to keep doing what I’m doing now: expressing my truth.”

The flagship piece of “They Dreamed of Us” is a large, untitled painting that occupies an entire wall in the gallery space. It was painted from a photo of two friends playing in combat. In the source image, one friend grabs the other in a playful choke. But in the painting, the colors are darkened, the faces unrecognizable, the meaning totally altered.

“It’s not about them,” said O’Neal, staring around the room. He remains silent for a moment. “I had the idea for this painting for a long time.”

He explains that he’s meant to represent the way America treats the black community – grabs its people with a not-so-playful choke, making it difficult for them to break free from systemic racism, racial prejudice, discrimination – the list goes on.

The piece is one of seven new works by O’Neal that will be featured in his upcoming solo exhibition, which begins in November and is slated to run through January 2022 in Spinello.

In September, O’Neal’s work was presented as part of the Oolite Art group show “Where There Is Power”. Earlier this year he painted a mural outside the North Miami Museum of Contemporary Art, and recently the Pérez Art Museum Miami and the Institute of Contemporary Art added pieces from O’Neal to their permanent collections. .

“My goal as an artist is to keep doing what I’m doing now: expressing my truth,” he says. He rests his head inside his left palm. “I just hope I can express myself as much as I can and continue to be a better painter.”