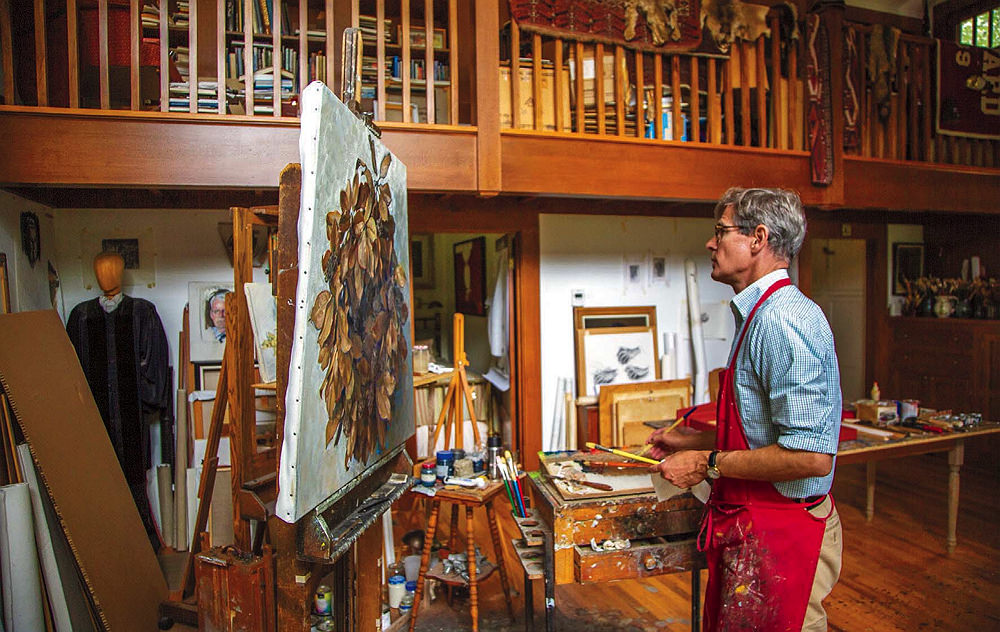 Jason Bouldin ’89 always notice the hands: how they move when a person speaks, where they stop, whether they are bent or open, agitated or silent, how they hold the chin or fall on the knees or reach over a table. For a portrait painter like him, each gesture offers a small universe of information, in the same way as the gait and the posture and the expression of the face. “. to feel As.”

In Bouldin’s mind, a portrait is like a poem – so much to say, so little space to say it. “I can’t give you a two-volume biography of someone,” he adds, speaking from his sunny studio in Oxford, Mississippi, wearing the paint-speckled red apron he wears most of the time. time, “but I can suggest enough that when people see the portrait they say: ‘Oh he made that man spit! ‘ Which means, made the immaterial image tangible.

This is what Episcopal Priest Sam Lloyd looks like in Bouldin’s rendering: vibrant and warm, comfortable and heartwarming, a man who, as one parishioner told the Painter, is more a pastor than a preacher. Former dean of Washington National Cathedral and rector of Trinity Church in Boston, Lloyd holds his hands at waist level and lanky moving legs, an unguarded posture that matches the easy smile beaming from the canvas. Likewise, Peter Gomes, the late Plummer Professor of Christian Morals and Pusey Minister at Harvard Memorial Church, sits, in a 2002 portrait of Bouldin, with his knees relaxed and a hand on his hip, a college robe. scarlet hovering over his shoulders. In the lines of fabric stretching from the jacket button attached to her generous stomach, you can almost hear Gomes’ thundering voice. Bouldin, who was the chief usher at Memorial Church in his senior year (“Jason, boy!” He remembers the pastor roaring in the aisles), painted the portrait of Roxbury Latin School, where Gomes was a board member. administration. 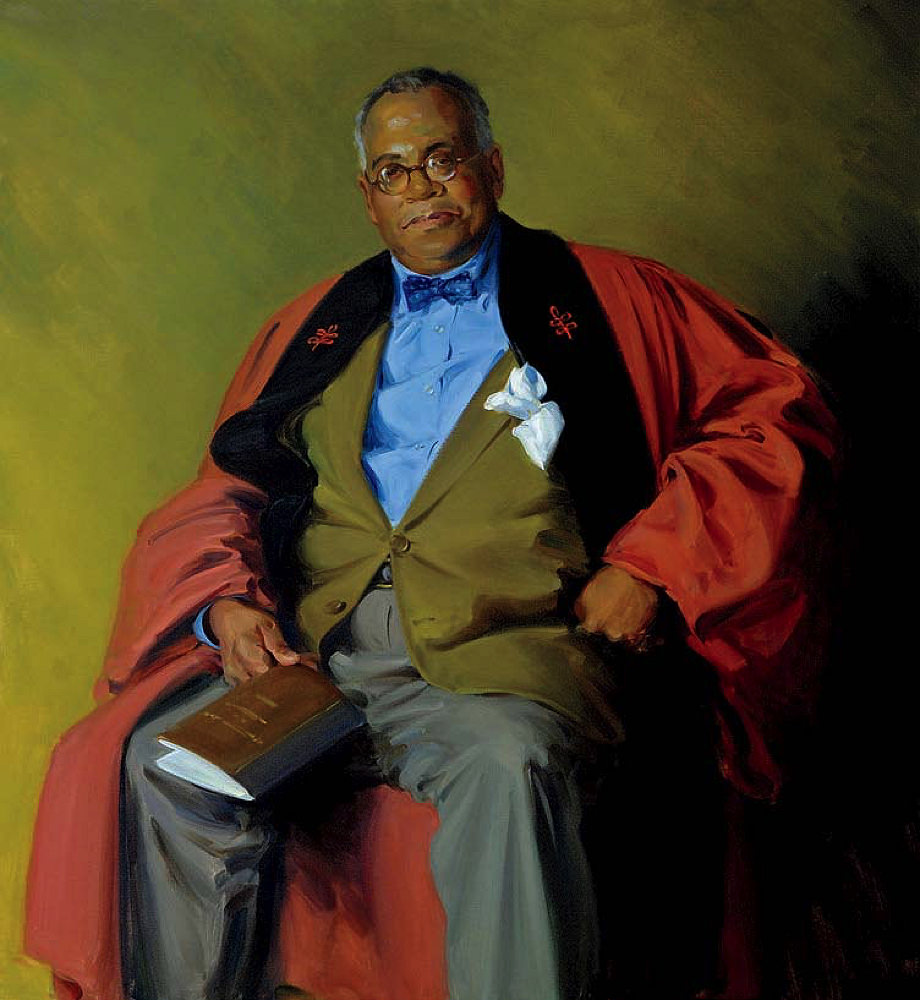 Portrait of Bouldin in 2002 of the late Reverend Peter Gomes

The sentiment in Federal Judge Diana Murphy’s portrait of Bouldin, painted a few years before her death in 2018, is a mixture of strength, fatigue and ironic humor. Half-smiling, her black dress zipped to the collar, she sinks deep into her chair, her head resting on a hand disfigured by rheumatoid arthritis, a disease she has lived with for decades. (At first, she didn’t want her hands included, but Bouldin persuaded her, believing them to be meaningful and important.) Behind her, filling the top half of the portrait, hangs a huge abstract painting that decorated the Murphy’s rooms; title Trinity, it was created by a monk from Minnesota, and his presence here, says Bouldin, communicates – with his tired hands, robe, and eyes – the moral weight of Murphy’s work: “The idea of ​​both a body and a spirit, the written code and the spirit of the law, and the judge as intermediary between them.

It takes six months to a year for Bouldin to complete each portrait, a process that begins with several face-to-face meetings, where he asks questions, takes pictures and gathers ideas. Back in his studio, he made several small color sketches and a life-size charcoal drawing – “my plans,” he calls them. Once everyone agrees on the drawing, he begins to put paint on the canvas. 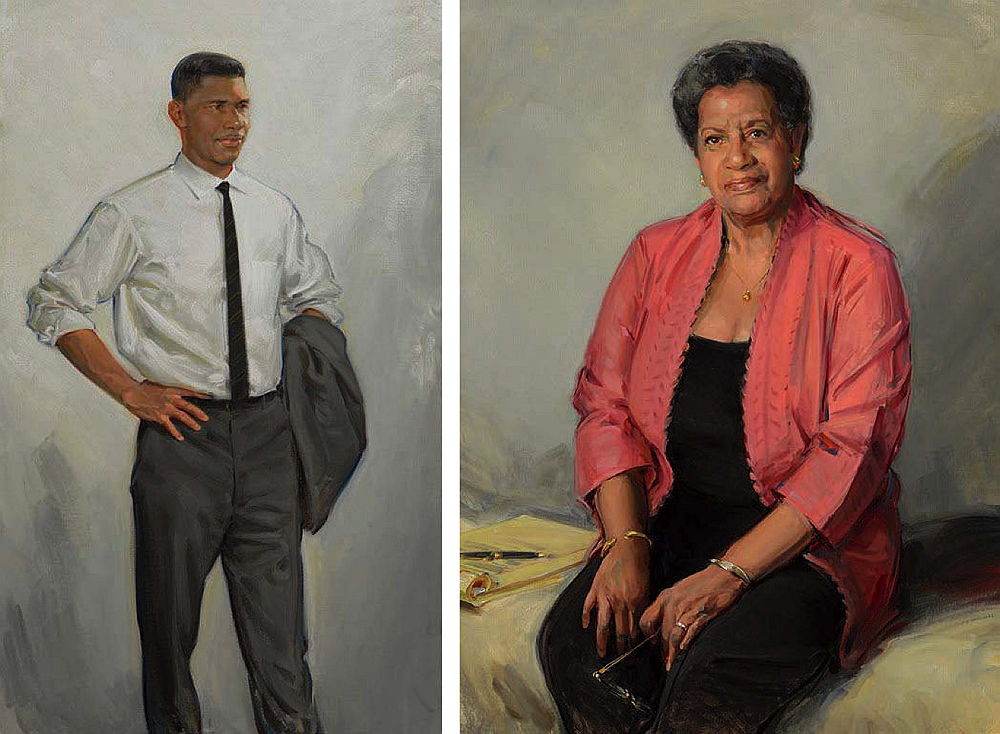 Bouldin painted hundreds of portraits this way: governors, senators, judges, clergymen, business leaders, university presidents (including Harvard’s Derek Bok), academics, firefighters, museum workers, and private collectors. “A lot of people think portrait painting is about prestige,” he says, “but for me it’s more about memory. It is a visual image that reminds you of who you are and to whom you belong. His work can be found in federal buildings (including the House of Representatives), courthouses, museums, offices and college campuses; Bok’s portrait is in the Harvard Art Museums. In 2013, the Mississippi Museum of Art asked him to paint Medgar Evers and his widow, Myrlie Evers-Williams, to mark the fiftieth anniversary of the assassination of the civil rights leader in Jackson. Side by side, the portraits tell a story, “of a life cut short and a life that continued”.

Bouldin grew up on his family’s cotton farm in Clarksdale, playing alongside his three older brothers in the chicken coop his father, portrait painter Marshall Bouldin III, had turned into a studio. The elder Bouldin painted such subjects as the daughters of Richard Nixon, astronaut Ronald McNair, writer William Faulkner, and all manner of Southern political leaders. Meanwhile, her mother, Mary Ellen Stribling Bouldin, a gynecologist and obstetrician, ran a practice 120 kilometers in Memphis and flew back and forth on a small plane. (In 1968, she helped give birth to Lisa Marie Presley, Bouldin says, “Mom must have told Elvis it was a girl.”) “We were a quirky family,” he recalls.

At Harvard, Bouldin studied art history – “which gave me the lexicon and the theoretical framework” – but his only real teacher was his father. During college summers and for two years after graduation, he apprenticed to his father, learning to shape a brush, to follow the rules of perspective, to mix paints with precision. “One summer I mixed around 2,500 different colors,” he says. “I would do graphics, I would mix a little more and I would do more graphics. In 1991, he left alone. 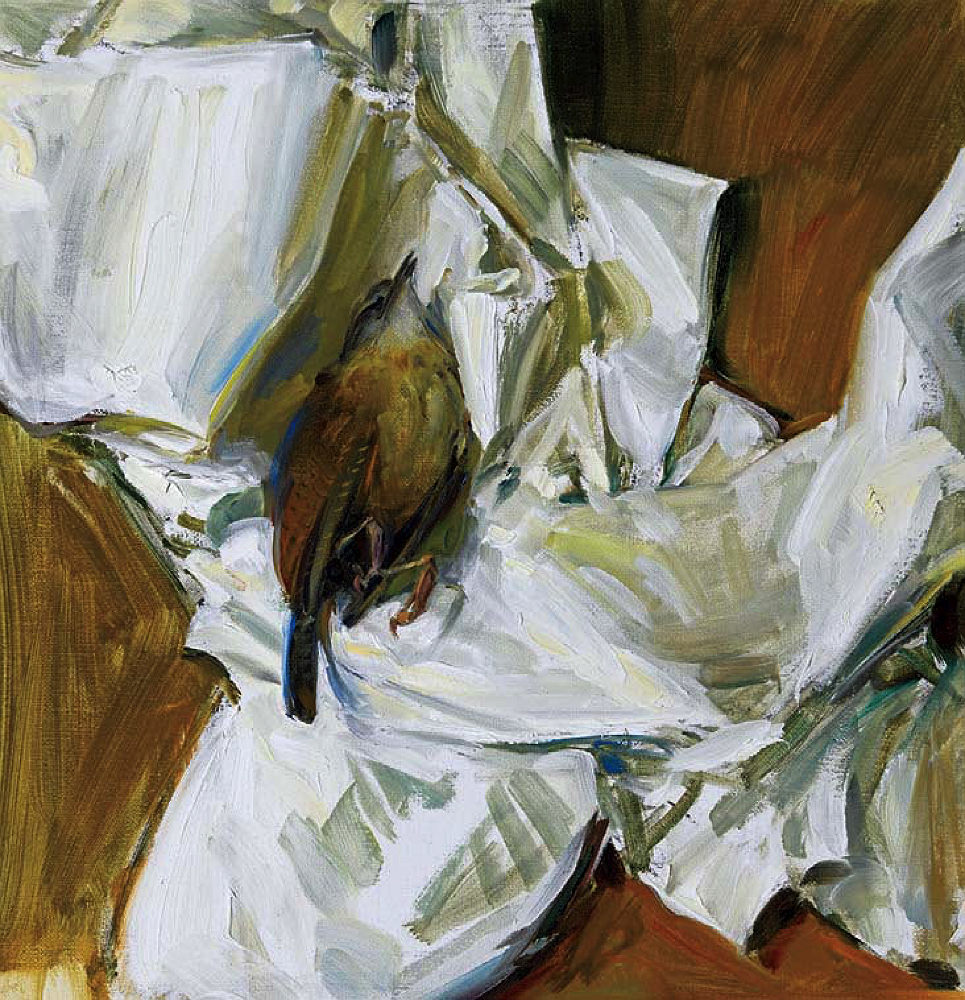 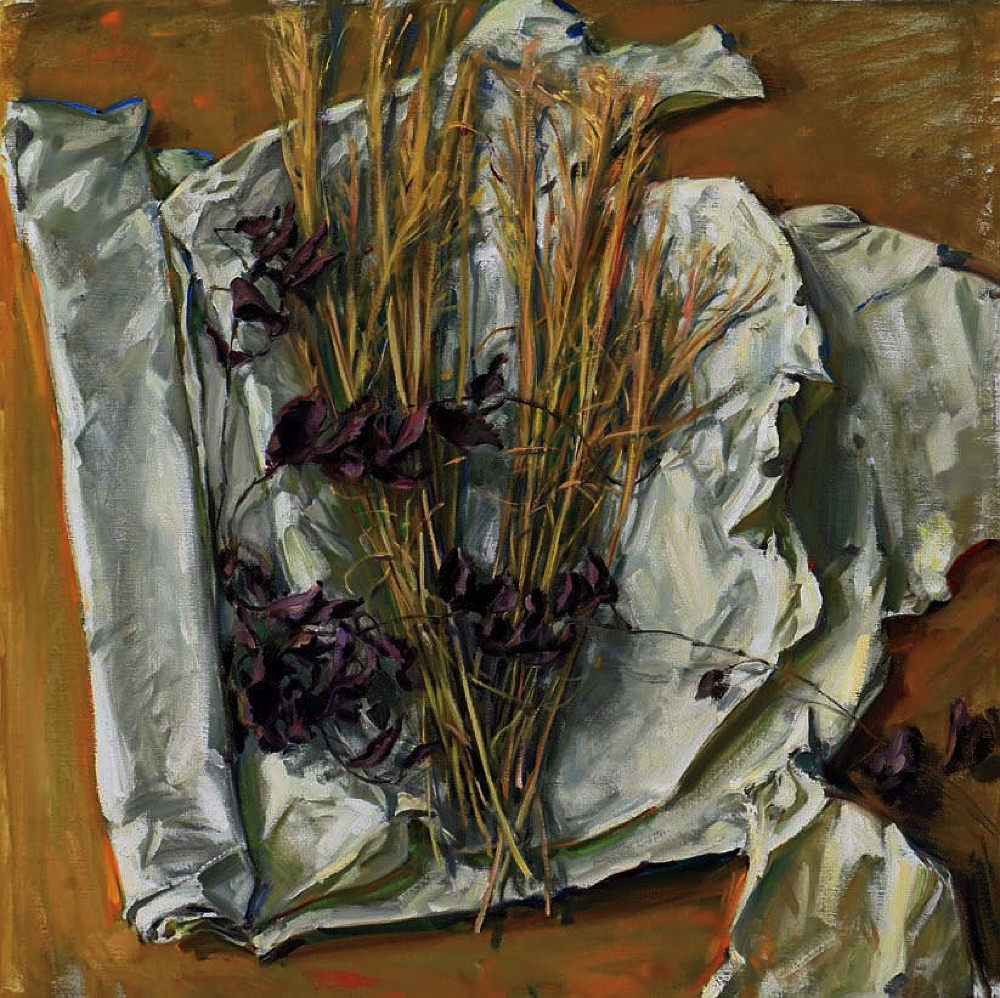 Like his father, Bouldin’s first love was illustration, and apart from his commissioned portraits, he painted landscapes and still lifes. Several are on display until February 14 at the Walter Anderson Museum of Art on the Mississippi Gulf Coast as part of Testify: Visual Elegies of the South, an exhibition on death, memory and rebirth. One painting depicts a Caroline Wren Bouldin accidentally killed while trying to free him from a Sunday School classroom (one day the lesson was about Jesus raising Lazarus from the dead); another collects herbs and vines at Graball Landing on the Tallahatchie River, the site where Emmett Till’s body was found, which Bouldin visited on a light blue February day. The arrangement of the painting evokes the open casket and mutilated body of the boy, communion bread and wine, and a burial shroud – or perhaps, he says, a flag, “like the rebellious flag that people are fighting for the so-called “heritage”. “ 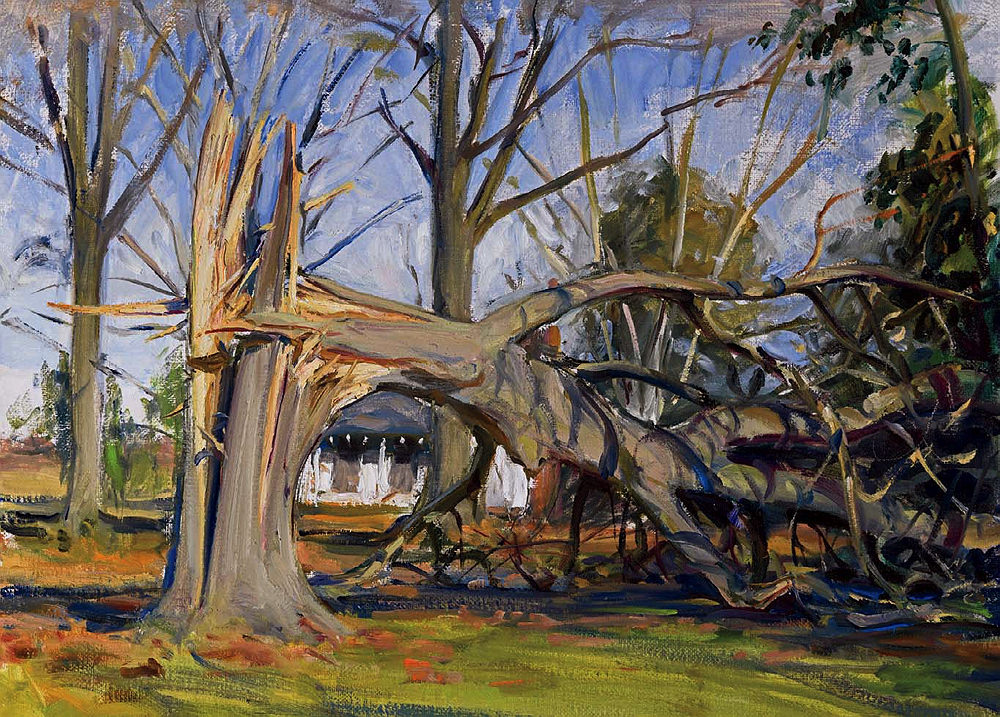 Some of the most moving works commemorate Bouldin’s father, who died in 2012. Broken pecan nuts in front of daddy’s studio shows the aftermath of a tornado that struck after the death of his father, cutting a century-old tree in two. “The power of the storm and the coolness of the bark inside that very old tree, it seemed so tragic,” says Bouldin. “Painting it has become a kind of mourning for dad, this mighty tree in my life that is broken.” But it’s also a reminder, he says, “that we couldn’t enjoy this world if we weren’t fleshly creatures that eventually die.” The real blessing is that we are human.

Which brings it back into people’s hands. “One of the most meaningful things I did in the last year of my father’s life was draw his hands,” Bouldin says. At that point, her father, 89, was no longer able to sit for a portrait. Instead, Bouldin drew while he slept. “I have a whole series of charcoal studies of his hands. They were wonderful things ”- knotted together with age and half frozen with paralysis. “But they were specific to him.” He pauses. “As are everyone’s hands.