Hanoi (VNA) – a Japanese comic called “Friends», Illustrated by a Vietnamese artist, was published by the Japanese publishing house Sunny Side.

The Picture Book, or Ehon in Japanese, was written by Aihara Hiroyuki, a Japanese writer who has published over 100 Ehon books, and illustrated by Vietnamese painter Dom Dom. The book, a project by Hanoi-based publishing house Kim Dong, has been published in Vietnamese and Japanese. 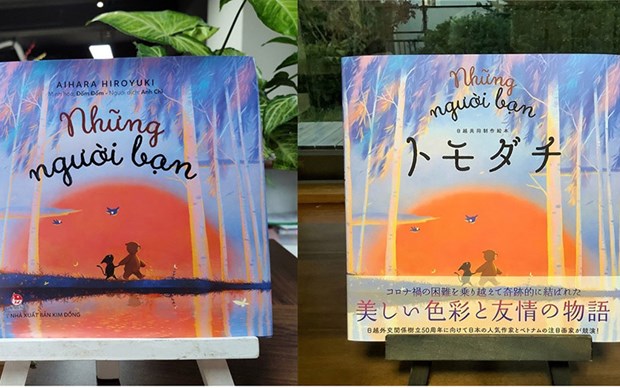 Dom Dom, whose real name is Vu Thuy Ngoc Ha, illustrator of books and comics for children. Some of his illustrations have since been published, including “The Straw Prince” (2017), “Father’s Hand” (2017), “Jenny’s Adventures in the Gluttony Kingdom” (2019) and “This and That Story” (2020).

She received first prize at the Scholastic Picture Book Award 2019 for her book “The Girl on the Roof and the Boy on the Beach”. The book was recently published by Scholastic Corporation, an American multinational publisher. /.