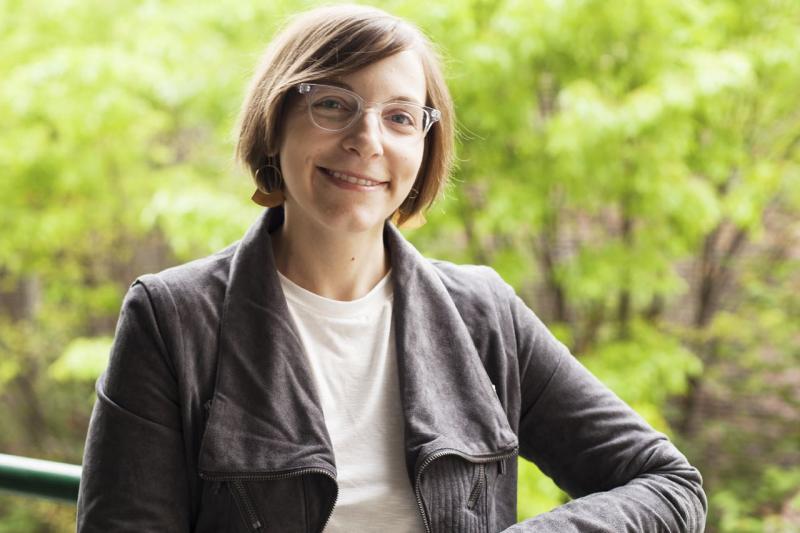 In her last Ariel Theater production just before the pandemic, Deborah Baer Mozes put on “Dov and Ali,” a show about the relationship between an Orthodox Jewish teacher and his Muslim student.

The founding artistic director of the Main Line-based parlor theater company loved this piece because of its author: New York-based Anna Ziegler. As Baer Mozes recalled, “Dov and Ali” had distinct characters, dialogue that drew you into their stories, and journeys that interested you.

Ziegler, according to Baer Mozes, could pick you up “in moments.”

Receive the Jewish Exponent newsletter by email and never miss our top stories
We do not share data with third-party providers.

“I fell in love with his work,” added the director.

So, nearly two years later, with the Ariel Theater returning to local synagogues in person, Baer Mozes is mounting another production of Ziegler.

“The Wanderers,” the playwright’s most recent work, about a Satmar Chasidic couple whose marriage was arranged and a secular Jewish couple who have been friends since childhood, premieres Feb. 19 at 8 p.m. Line Reform Temple in Wynnewood.

Another live performance will follow at the same location the next day, but at 2 p.m. The race will conclude with two virtual shows the following week, February 26 and 27. For tickets, visit theatreariel.org.

Ziegler’s latest work explores how two couples so different on the surface can be quite similar when you dig into their stories and conflicts.

“There’s a lot that binds these couples together in a play of twists and turns about human nature, marriage, and what we neglect to see,” reads a description of the play in an Ariel Theater press release.

“The Wanderers” will appear in suburban Philadelphia before its Off-Broadway airing in January 2023.

“Because she’s such a skilled writer, you really feel the pain of struggle in a very down-to-earth way,” the director added.

After the local airing of “Dov and Ali” in February 2020, Baer Mozes began looking into Ziegler’s work. She heard about “The Wanderers” because it was wrapping up a run at Theater J in Washington, DC around the same time.

More than a year later, in the spring of 2021, the director obtained a copy of the script from the Alliance for Jewish Theater, “an international network of Jewish theaters and theater artists,” according to its website. Baer Mozes was planning its 2021-22 season and needed shows.

She started reading and fell in love with Ziegler’s words again.

“After the first paragraph, I was there,” the director said.

Baer Mozes reached out to Ziegler about the show’s production, and Ziegler, for her part, was excited; Theater Ariel had done one of his plays before and now he wanted to do another.

But there was a catch: The Roundabout Theater Co. owned the rights and planned to produce the Off-Broadway show this past spring.

“I didn’t think we were going to get it,” Baer Mozes said.

Still, she kept calling Ziegler’s agent, once, then twice. He said he needed to contact Roundabout, which hadn’t opened the show yet.

“I was thrilled,” Baer Mozes said.

Ziegler was too. Although she is now working on scripts for HBO Max and Apple TV, she still considers herself a playwright first and foremost. It’s just been difficult to get work done on stage during the pandemic years.

The playwright does not plan to attend the race as she is still careful to avoid the virus. She also said she didn’t like watching her play on Zoom.

But she is grateful.

“It’s just nice, especially during a pandemic, people are still reading your work and wanting it to happen,” Ziegler said.

The Ariel Theater’s most recent play of the 2021-22 season, Cary Gitter’s “The Sabbath Girl,” drew in-person crowds of 41 and 35, respectively, when it revived in December.

Baer Mozes expects a similar audience for “The Wanderers,” though as COVID continues, living room theater fans are waiting until the final days to purchase tickets.

“We have a very loyal following,” Baer Mozes said.

The living room theater has the same COVID protocols as at the end of 2021. Audience members must present proof of vaccination at the door and wear masks during the
performance.